At CES 2020, Dell will present a number of new monitors targeted at professionals. Among those, there are two 4K monitors from the UltraSharp series with USB-C connectivity. The 42.5-inch Dell UltraSharp U4320Q is the world's first height-adjustable 4K monitor in this size class and its USB-C port delivers up to 90W of power. It will be available worldwide on January 30, 2020 starting at $1,049.99 USD. 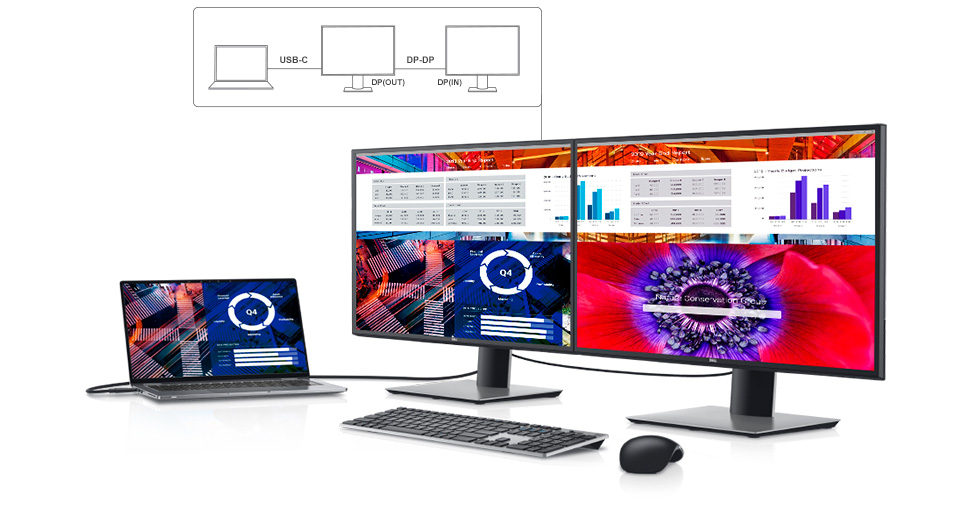 The Dell UltraSharp U2720Q is another 4K monitor with USB-C connectivity but a 27-inch diagonal size. It covers 95% of the DCI-P3 color space and has a VESA DisplayHDR 400 certification. It has an InfinityEdge design meaning the slim bezel makes it ideal for multi-monitor setups. There's a 25-inch version with a QHD resolution - the Dell UltraSharp U2520D. The two monitors will be available worldwide January 30, 2020 starting at $709.99 USD (U2720Q) and $479.99 USD (U2520Q).

The Dell C8621QT is an 85.6-inch 4K Interactive Touch Monitor with a 20-point multi-touch, USB-C connectivity, and Dell's exclusive Screen Drop Feature which helps improve accessibility and reachability for users of different heights. It will be available worldwide on April 10, 2020. Starting price to be shared near availability date.

All models will be showcased at CES 2020 next week.Източник
Dell Alienware AW2521HF with AMF FreeSync and NVIDIA G-Sync support goes on sale