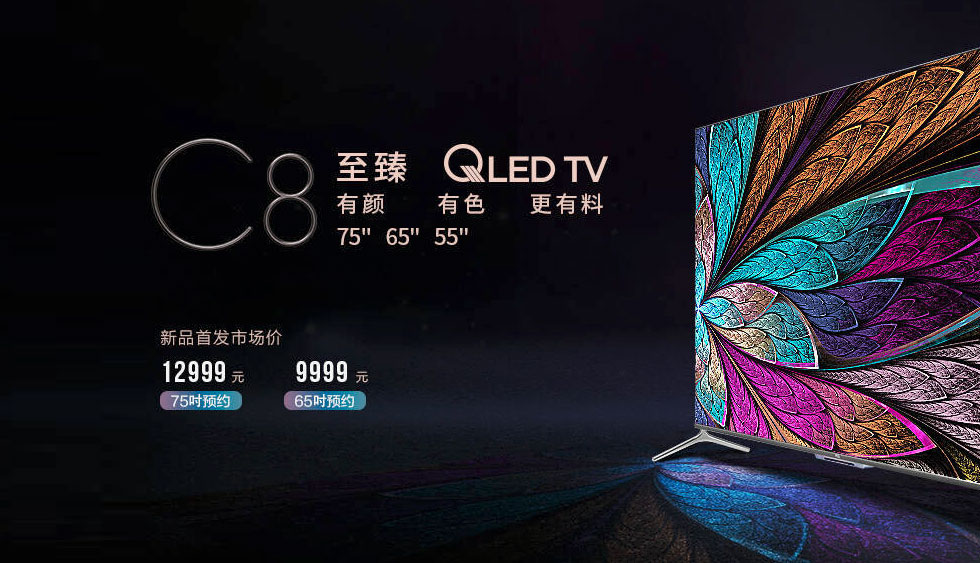 The TCL C8 Zhizhen QLED TV series is equipped with Quantum Dot Pro 2020 technology. As Wang Cheng emphasized, "not all quantum dots are quantum dots pro." C8's technology uses Meilong chip AI-level color grading, and combined with TCL's self-developed Q image quality engine technology, it has made in-depth optimization in terms of brightness, color, and sharpness. It is available in 55-, 65-, and 75-inch sizes. The 65-inch C8 model costs CNY 9999 and the 75-inch C8 model is priced at CNY 12999. 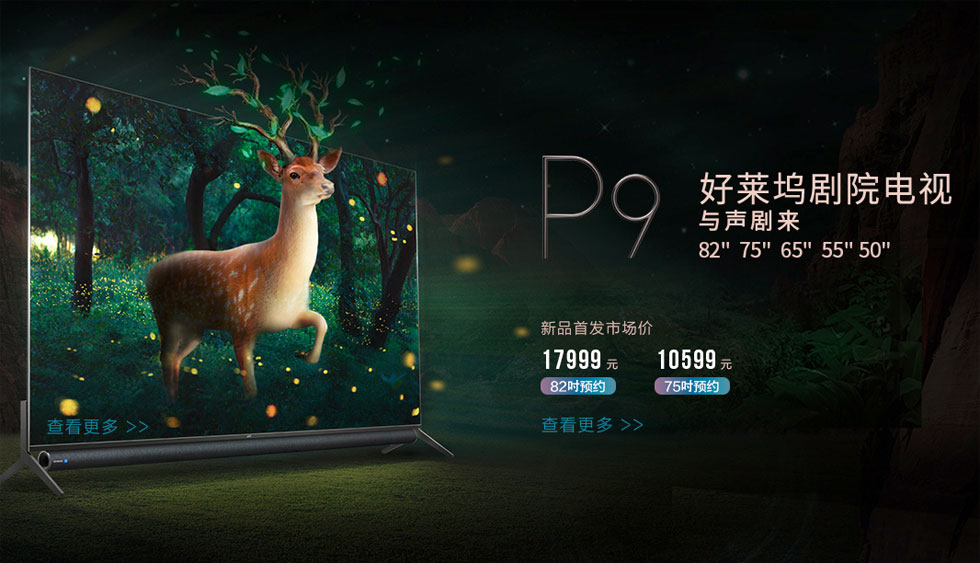 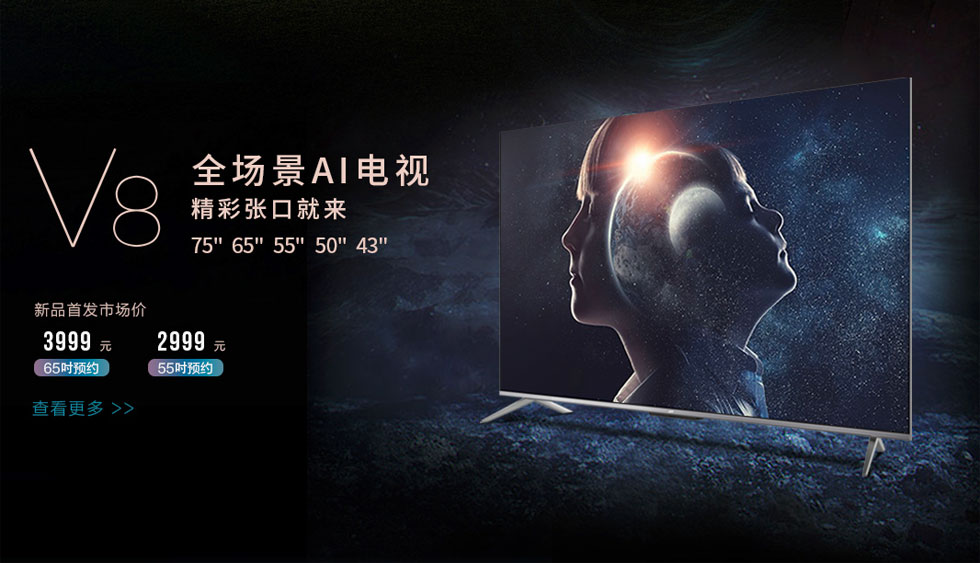