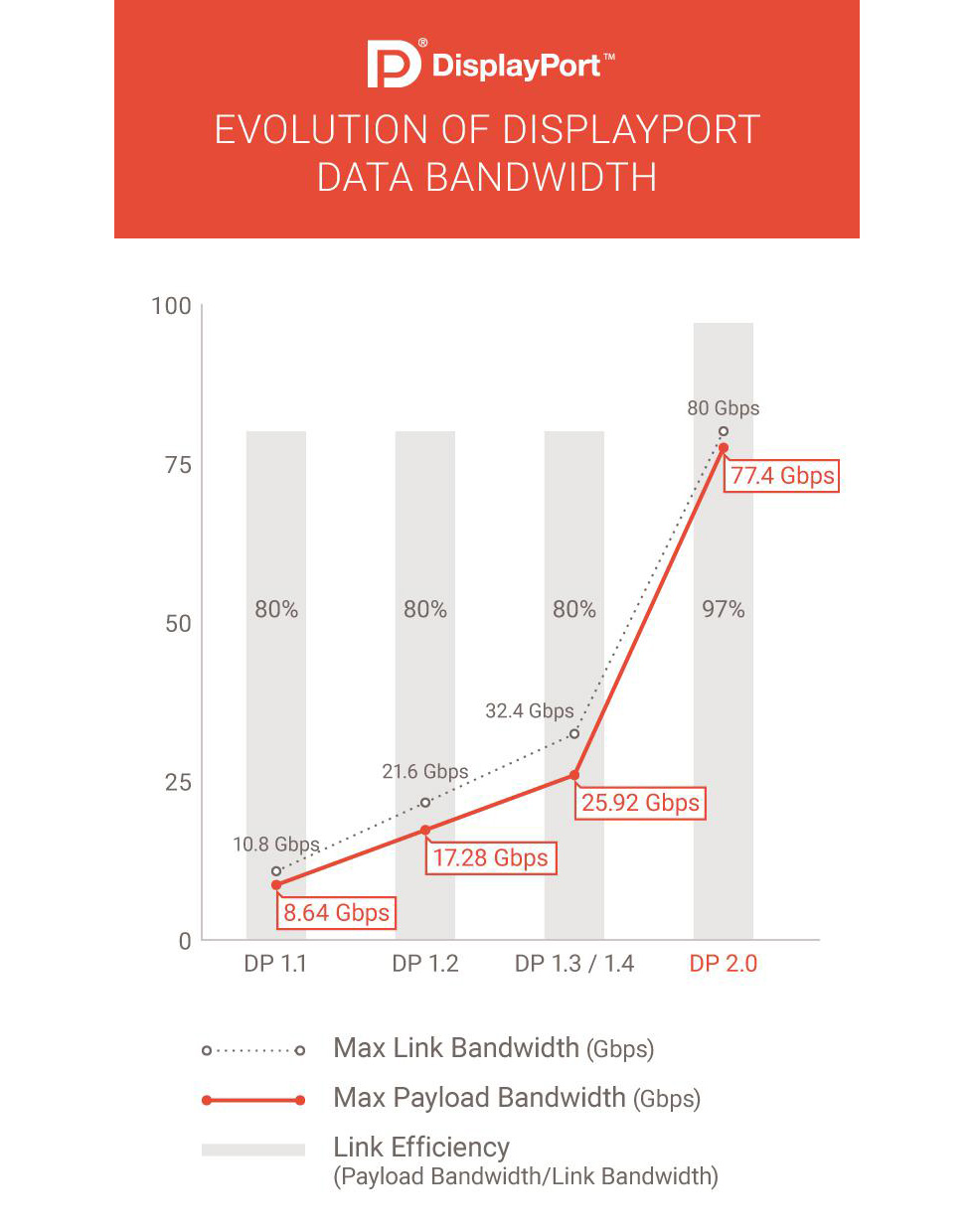 VESA has now published the DisplayPort 2.0 standard for audio and video. This is a major upgrade as it ups transfer rates almost three times from 25.92 Gbps for the DP 1.4a to 77.4 Gbps for the DP 2.0. The new standard enables beyond 8K resolutions, higher refresh rates and HDR at higher resolutions, improved support for multiple display configurations, as well as improved user experience with augmented/virtual reality displays, including support for 4K-and-beyond VR resolutions.

The DisplayPort 2.0 standard is available via the standard DP connector and a USB Type-C through DisplayPort Alt Mode. DP 2.0 is backward compatible with previous versions of DisplayPort and incorporates all of the key features of DP 1.4a. First products incorporating DP 2.0 are projected to appear on the market by late 2020.

"Being an open standards body comprising more than 280 member companies across the electronics value chain gives VESA a unique vantage point to anticipate the needs of the display market several years out and add new capabilities to our standards ahead of demand," stated Alan Kobayashi, VESA Board Chair and VESA DisplayPort Task Group Chair. "DP 2.0 represents one of our most significant milestones in the history of DisplayPort, and is the culmination of several years' effort and major enhancements to this ubiquitous standard. Like the previous versions of DisplayPort that helped pave the way for major inflection points in video technology such as UHD, 4K, 5K, video over USB-C and HDR, DP 2.0 will help take the industry to the next level - enabling even higher frame rates and resolutions up to and beyond 8K, greater flexibility in display configurations including multiple monitor setups, as well as improved power efficiency."

The Video Electronics Standards Association (VESA) has announced a new version of its open standard DisplayHDR specification. The 1.1 edition makes the requirements even more strict but the most important change is the introduction of the DisplayHDR 1400 level, which requires a dynamic contrast ratio that is 3.5X greater than the DisplayHDR 1000 level. The first monitor that has a DisplayHDR 1400 certification is...